Our program is not a one size fits all, but is tailored to each child's learning needs.

The ‘summer slide’ was tough before COVID-19, but getting kids in back-to-school mode is extra tough this year. Here are some tips to get you started.

Usually, during summer, the Homewood Science Center is full of school and camp groups learning about roller coasters and building with Legos. This year, because of the coronavirus pandemic, the south suburban center has been offering at-home science activities to keep kids engaged.

The free kits include printed instructions (in English or Spanish) and some supplies to create things like an aluminum foil boat to hold pennies, a butterfly life cycle model and a bird feeder from household containers. Homewood Science Center Executive Director Edie Dobrez said more than 8,000 kits have been distributed since March.

“The reason we came up with the idea is I would see advertised these kids Kiwi Crates,” Dobrez said about the KiwiCo subscription service for crates filled with science and art projects to inspire kids to become creative problem solvers. “We wanted to democratize that, and that’s part of the problem. It’s great if you have resources to go ahead and order something like that, but most people don’t have those resources, especially now.”

Even before the pandemic prompted school closures in the spring, education researchers were concerned about the so-called “summer slide,” a term used to describe skills and knowledge lost in the break between school years.

A study published last month in the American Educational Research Journal found 52% of U.S. students experience learning losses in the five summers between the first and sixth grades. The typical student loses 17% to 28% of school-year gains in English language arts and 25% to 34% of school-year gains in math during the following summer, according to the study, which analyzed more than 200 million test scores recorded between 2008 and 2016.

It’s too early to tell what this year’s summer slide numbers will look like, especially as Chicago-area schools, libraries, museums and other places kids may have gone to continue learning have been closed for at least part of the summer. Education specialists suggest a number of ways to prepare children for the new school year, including frequently reading with them, incorporating math into their everyday activities and practicing skills they should already know.

“There (are) a lot of different websites where you can print out grade-level packets of math worksheets, and I think what I would recommend is to still use the ones from the previous grade. Those are the skills (kids) should have learned already, so that they’re not going to be as frustrated,” said Rachel Losoff, chair of the school psychology department at the Chicago School of Professional Psychology. “And then if parents find that they’re too easy, they can move up to the grade that they’re going into.”

Losoff, who is a licensed clinical psychologist and a certified school psychologist, also recommends carving out family reading time, where parents read to kids and vice versa. She said her 7-year-old son reads to his grandmother via FaceTime. Various YouTube videos feature celebrities and others reading books aloud. For math, Losoff suggests talking fractions while cooking or baking and pointing out how many miles per hour a car is traveling while driving.

Carol Pseno, of Inverness, said she has been reading with her 13-year-old daughter, Sophia, almost every night. So far this summer they have finished “Birdwing” by Rafe Martin; “The Railway Children” by Edith Nesbit; and “Nightbooks” by J.A. White. Richard Peck’s “A Long Way from Chicago” and “A Year Down Yonder” are also on the list.

“As parents, we have to make reading interesting and fun. We’ve got a tough battle because she doesn’t like to read,” Carol Pseno said about Sophia. “We bake together, so with recipes, you’ve got half a cup, a full cup, that brings fractions into baking, cooking. My daughter found a recipe for dog treats. We have a dog named Eggsy who’s a schnauzer, so she’ll whip up some pumpkin dog treats for him, and she does it all by herself.”

The Pseno family has also worked with JoAnn Paldo, who helps children and adults struggling with reading, spelling, writing and other skills. Paldo advises listening to audiobooks to help increase vocabulary and learn sentence structure. She also suggests unplugging from electronics and learning outside. Kids can spell words as they hopscotch, she said.

Paldo said she’s been busier than ever, and she noticed an uptick in phone calls from potential clients in April and May, not long after Chicago-area schools moved to remote learning because of the coronavirus.

“Some kids were telling me that the grade that they left school with was essentially the grade they were going to get at the end of the school year. It couldn’t go down, so for a lot of kids, they figured it out, they’re smart. ‘Why do I need to do the work then (if) my grade’s going to stay the same?’ So a lot of them didn’t,” Paldo said. “So there was a big slide from when this all began. Parents have been very concerned about it.”

Eve Xu, the head instructor of the South Loop location of Kumon Math and Reading Center, said she’s heard from parents worried they are not doing enough. “Even with the parents’ supervision, parents are not professionals. It’s hard for them to give (their kids) a very structured, disciplined, or systematic program.”

Teen librarian Emmy Neal, of the Lake Forest Library, said parents trying to curb the summer slide should start with review materials and avoid trying to do too much too fast.

“The moment you start to put pressure on kids to start learning like four months worth of material is the moment that you’re going to lose them,” Neal said. “I think one of the best ways you can start off as both a teacher and a parent is when you look at your student and you say, ‘I don’t know what this next year is going to look like. I’m not sure what the best course of action is, but we’re going to figure it out together. Here are the goals we have, so that we can be ready when school comes.‘

“Being flexible is really going to be the key,” she said. “Students are under a lot of pressure, and we need to forgive them when something doesn’t work out and forgive ourselves because we’re going to try a bunch of different options and not everything is going to work.”

JoAnn Paldo, a seasoned and accomplished educator, has been a specialist in Orton-Gillingham, multi-sensory reading instruction since 1996. 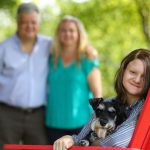 The ‘summer slide’ was tough before COVID-19, but getting kids in back-to-school mode is extra tough this year. Here are some tips to get you started.
25 Aug, 2020 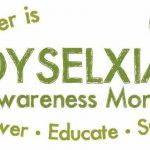 JoAnn Paldo, a seasoned and accomplished educator, has been a specialist in Orton-Gillingham, multi-sensory reading instruction since 1996.

“She is so proud of herself! It’s so good to see. She used to hate when we asked her to read letters. Now she gets so excited and she loves to read us her words! Thanks so much!”

“We are enormously grateful to have found such critical help for our daughter. We know progress will continue in the future!”